Extra Point Club
I know a couple of weeks ago you said that you had never seen The Ramp Lady. Well, to hear that you had not experienced the wonderment of being in her presence saddened my heart to no end. Luckily I stumbled across a video that gives you a small sample of the joy that is The Ramp Lady.

Wonder what that ol' gal looks like under that make up. :shock:
W

CrimsonPirate said:
Wonder what that ol' gal looks like under that make up. :shock:
Click to expand... 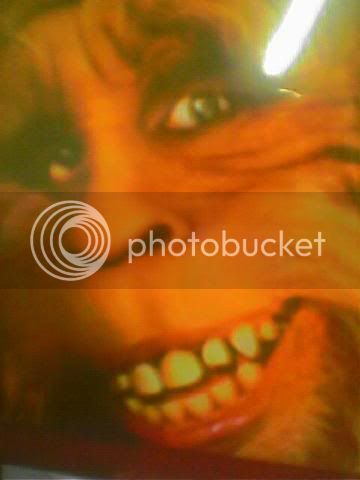 Funny, we were just talking about this at the game Sat. No one could believe I'd never seen her.

Oh, and btw I saw no tickets being sold for the game Sat. either. I even made sure to look. So, a lot must go on in and around the stadium that I never even know about.
I

i saw a few people selling tickets but not to many. Did you take that shortcut that i was telling you about or did I get you lost going to the stadium
G

Doemasters said:
i saw a few people selling tickets but not to many. Did you take that shortcut that i was telling you about or did I get you lost going to the stadium
Click to expand...

I had planned to go that way if needed, but there was so little traffic on the interstate I went my normal Hwy. 11/Cottondale way. I never hit traffic coming or going except after the game in B'ham.

I decided to take 459 thinking all of the UT fans would be going thru B'ham on 59. I can't comment on 59, but 459 was jammed at certain spots. There was no accident, and it didn't take long to clear but it was weird. At that point the game had been over for hours. :shock:
G

I parked at Central HS and I saw at least 10 people selling tickets between there and the stadium. I didn't go over to the quad, but there are usually several over there selling.

| FTBL Hey AlabamaMike look what you can get now!! (Alabama themed, out of state car tags)