| FTBL Barkley: Auburn ‘can’t afford me’ as next athletic director 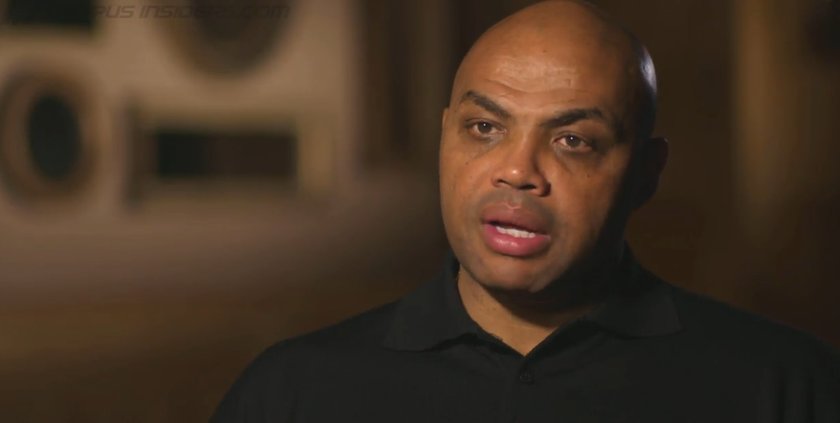 Charles Barkley (Photo: Screenshot)
Count Auburn basketball great Charles Barkley out of contention to become the university’s next athletic director.
The NBA Hall of Fame inductee shot down the university’s hypothetical recruitment of him to lead AU’s athletics department during a Monday interview with Nathan King of AuburnUndercover.com.

Barkley, known for his hot takes on various political and sports-related topics, simply told King that AU “can’t afford” him. The assertion is likely true, given that estimates place Barkley’s net worth around $50 million.
Auburn’s search for a permanent athletic director comes on the heels of the university announcing former AD Allen Greene’s resignation late last month. Last week, AU named Rich McGlynn, a 17-year veteran of AU athletics administration, as its interim director.
Depending on the eventual athletic director’s time of hire, the new department head will likely contend with a football program riddled with inconsistency as head coach Bryan Harsin is soon expected to exit the Plains in just his second season.
In the improbable event that Barkley would become AU’s athletic director, Harsin’s job security would likely bolster due to the basketball legend’s affinity for the Tigers’ head coach.
During a July appearance on “The Next Round” podcast, Barkley expressed his desire for the university’s administration to allow AU sports leadership to “do their job.”
“I’m a Bryan Harsin fan. And this is to all the Auburn people: leave that man alone and let him do his freaking job,” 247 Sports quoted Barkley as saying. “He’s only been there a year, just leave the man alone and let him do his job.”
“Y’all guys know I love me some Bruce Pearl, his son Steven and the entire coaching staff. I love our coaches, and I love our AD, Allen Greene. If they let Allen, Bruce and Bryan Harsin do their job, I feel really good about Auburn going forward,” added Barkley. “And for the people who keep bothering this man, I wish somebody would just slap the hell out of them.”
Dylan Smith is the editor of Yellowhammer News. You can follow him on Twitter @DylanSmithAL
J

Scholarship Club
Much like Bobby Petrino becoming head coach, I would happily join in a GoFundMe to get good ole Chuck a contract over there. He'd have Auburn in NCAA sanctions within two years lol
6

JoshB said:
Much like Bobby Petrino becoming head coach, I would happily join in a GoFundMe to get good ole Chuck a contract over there. He'd have Auburn in NCAA sanctions within two years lol
Click to expand...

Not with R McGlynn there. Hired from the NZAA and knows how to skate around the boogs missteps, ie see Scam Knewton, human trafficker B Pearl etc.

Scholarship Club
If, and I know it's a big if, Charles Barkley took over as AD, everyone would know exactly where they stood.

Touchdown Club
What an arrogant ass he is.

Even AU wouldn't tolerate that

Century Club
I don't think he is wrong.

But I also don't think he wants to deal with the folks whining about CNS beating his football coach each year either.

Sort of like Deion Sanders as a HC...Great choice for the dynamic in recruiting and probably terrible in the medium-long run with coaching.

50+yeartidefan said:
What an arrogant ass he is.

Regardless of where he went to school, I like the guy. He doesn’t have a PC bone in his body.

XXL TideFan said:
Regardless of where he went to school, I like the guy. He doesn’t have a PC bone in his body.
Click to expand...

XXL TideFan said:
Regardless of where he went to school, I like the guy. He doesn’t have a PC bone in his body.
Click to expand...

I met him once on the Air Train in Atlanta's airport. He was trying to be discrete on the train but I recognized him and gave him a Roll Tide. He just smiled but was very willing to have a conversation. He left the train at his terminal and gave me a War Eagle with a smile.

S
| NEWS Bryan Harsin said to be absent on the recruiting trail - SI.com

| FTBL 10 days of tumult and tension: A look inside Auburn’s investigation of Bryan Harsin

| FTBL This just might fall under the “be careful what you wish for” on steroids version.