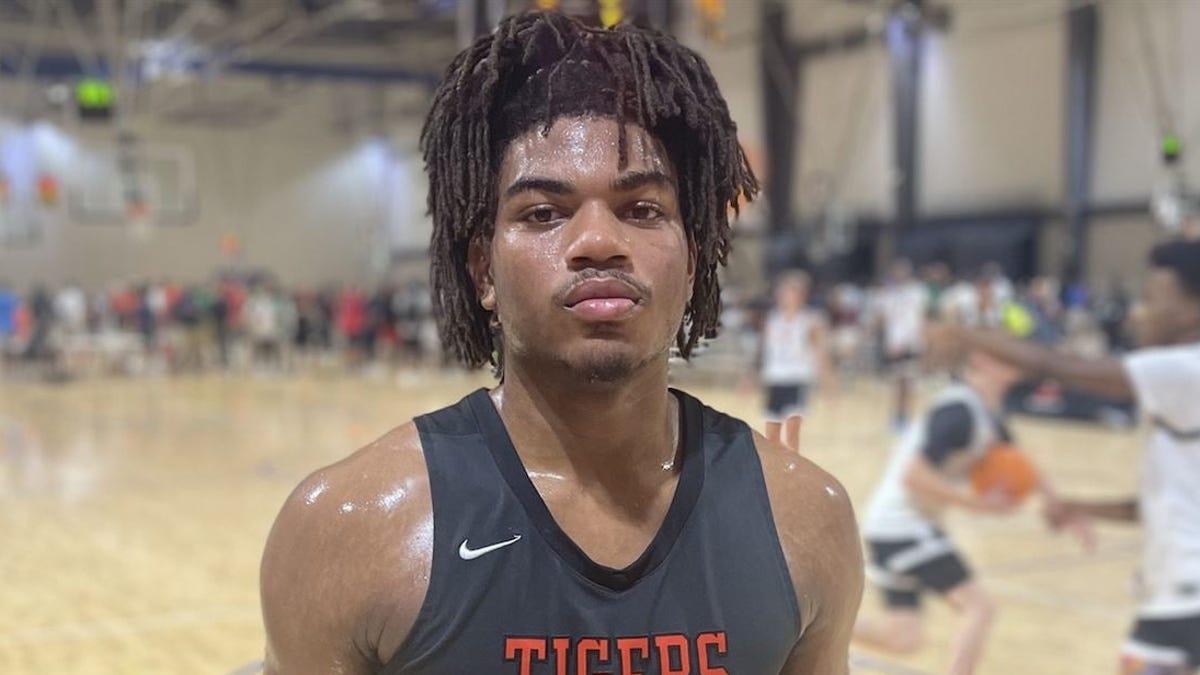 RJ Johnson is the top 2023 player in the state, and he has committed to Alabama basketball.

Alabama basketball has added a second player to the 2023 recruiting class.

RJ Johnson, a combo guard from Huntsville, announced Friday on Instagram he has committed to the Crimson Tide.

The 247Sports Composite lists Johnson, a three-star prospect, as the highest-ranked player in the 2023 class for the state of Alabama. He also had offers from Georgia, LSU and Appalachian State, among others.

"I can only see one place to call home, and with that being said ..." Johnson said in his commitment video, "Roll Tide."

Alabama assistant Antoine Pettway is listed as the primary recruiter.

Johnson is listed at 6-foot-2, 190 pounds and plays for Grissom High School. He received an offer from Alabama after a visit to Tuscaloosa on Aug. 17.

Johnson joins Sam Walters in the Crimson Tide’s list of 2023 commits. Walters, a four-star power forward from The Villages, Florida, committed back in early June.

Walters and Johnson are the first two pieces in the class Nate Oats and his staff are working to build after signing the highest-ranked recruiting class in 2022. The Crimson Tide had the No. 3 class behind Duke and Arkansas with five commits. Two were five-star prospects and McDonald’s All-Americans in Brandon Miller and Jaden Bradley.

The Crimson Tide is fresh off a foreign tour in which it won all three games in August. Alabama beat the Chinese national team (89-77), the Spain Select team (108-64) and Lithuania B national team (120-61). The trip included stops in Spain and France.

This season, Oats and his team will look to bounce back from a season that ended with four consecutive losses. The last was in the first round of the NCAA Tournament to Notre Dame in San Diego.

Alabama added impact transfers in Mark Sears and Dominick Welch to go with the elite recruiting class. Plus, the Crimson Tide will have a healthy Nimari Burnett. The Texas Tech transfer missed the 2021-22 season after an ACL tear.

Scholarship Club
Another nice commit for CNO and staff.