Mrs. Resident College Football Expert wants to tell the small segment of Expert fans that continue to harass the Expert over his recent run of bad picks that we are tired of it. Over the last week we have had for sale signs put in our yard, our home has had eggs thrown on it and I'm pretty sure someone slashed the tires on Mrs. Expert’s car (thought the cops still believe they are just simultaneously combusted, the investigation continues). You do know that the Expert is just trying to help you make sweet, sweet money (not that he would ever participate in or promote illegal gambling), don’t you? If what the Expert and his intern did was so wrong, why are so many of you still reading every week? Do you people realize that if it wasn’t for your Expert, someone much more stupider would be making the picks every week? Maybe even someone who didn’t hate North Texas. Mrs. Expert knows that if the Expert had picked Stanford last week not one of you would care about the UT-UGA pick, but I guess that is the life of a College Football Expert. The Expert is so depressed that he has to take Lunesta just to get a decent night of sleep. I woke up one night and found the Expert sitting in the floor crying and clutching a gambling sheet he received from Lee Corso during a visit we made to College Gameday. All he wants to do is make correct picks, gamble, and drink excessively. His dream is to go 10-0 one week, for you, his loving and faithful readers. The Expert just needs a little more time and he will give you all a week of picks we can all be proud of. Charles Barkley called the Expert on Sunday to let us know he has lost millions of dollars betting the Expert’s picks this season but he’s hanging in there. Maybe all of you need to learn a lesson from him.

The Expert wants me to pass these picks along to you.

Who knew running it right up the middle was how you score on LSU’s defense? Urban Meyer, that’s who and that’s exactly what he did last week. Florida though has dominated the line of scrimmage in every game they have played this year. That’s how they made LSU look almost human last week. Do you know which team is really bad at the line of scrimmage? Kentucky and that’s why LSU will blow them away this weekend. LSU 34 Kentucky 17

The Barn vs. Arkansas

The Barn is just catching Arkansas at the wrong time. The Hawgs always play well against the Barn anyway, but this year, Arkansas is coming of weeks in which they blew out North Texas and Chattanooga and had plenty of time to rest their banged up running backs. McFadden is rested and ready to run over someone again. Arkansas 24 The Barn 16

There is no Texas on the horizon as the Sooners take on the “beast” of the North, Missouri. Missouri is one of the many deceptively bad teams in the top 25 right now. Teams that are benefiting greatly by an easy early schedule that has propelled them up into the rankings. Truth is, there’s probably a handful 3-3 teams better than 5-0 Missouri. The Sooners will show the world the truth about Missouri this week. Oklahoma 27 Missouri 10

This one is so eeeeaasy, the Expert almost feels guilty taking it. Texas Tech loves beating aTm and they have had Franny the Fanny’s number in recent years. With all the distractions recently, Franny barely has enough time to clutch his Bible and cry, much less coach a football team. Good thing he’s having trouble sleeping. You think his guys would agree to some 3 a.m. practices? Texas Tech 45 aTm 32

Did you hear the good news? North Texas is the “not so” Mean Green again! Yeah! Yep, after a season and a half of being “the Eagles”, North Texas has decided to go back to having a really stupid mascot. Seems with all the losing, they haven’t been selling much merchandise over the past two seasons and they didn’t want folks to start thinking they didn’t have any fans, so they decided they would still claim the ones who haven’t bought a new t-shirt in five years. Anyway, in the world of much less important thing, like their football team, they will lose again. Louisiana Monroe 25 North Texas 23

Upset of the Week #1: Notre Dumb vs Boston College

After picking up their first win of the season last week against UCLA, the Dumb has plenty of motivation to keep winning. They only have five losses right now and if your Expert is not mistaken, he believes they still get an automatic bid to a BCS bowl if they can finish 6-6. Boston College is another one of those ACC teams that hate prosperity so look for the upset in this one. The Dumb extend the win streak to two! Notre Dumb 15 Boston College 14

Upset of the week #2: Central Florida vs South Florida

You all know how this story ends. It’s never a really good team that ends Cinderella’s run, it’s always some little team in a game that’s not televised, so we have to watch highlights on SportsCenter that were shot with a camcorder from the roof of the field house. That’s how it works. Central Florida 27 South Florida 24

Upset of the Week #3: Illinois vs Iowa

Sports writers have proclaimed this week that Zooky, “Has It!” and “Is Bringing The Goods.” This is still Ron Zook people. Unless magic brain growing pills were invented and the Expert just hasn’t heard about it yet, there’s no way this ends well for Illinois. Not with Zooky in charge and Jeff George ain’t walking through that door people (sorry, Rick Pitino moment there). With everyone patting them on the back this week, they are plump and prime for the upset picking. Iowa 24 Illinois 17

Upset of the Week #4: Oregon St vs California

Why? Because the Pac 10 is just crazy this year, that’s why. They have to give the media a new team to fall over every week. Last week was USC (by the way, does anyone even remember who upset them? How about some props for Stanford? Everything is how USC will rebound and how long it’s been since they lost at home. ESPN climbs up in their butts even when they lose), this week it was Cal, next week it will be Arizona State (who will win this week if you want a little bonus pick). The Pac 10 gets closer and closer to being the ACC each and every week. Oregon State 21 California 18
I

Thread Starter
On the forum cover page for your viewing enjoyment gang.
G

Thread Starter
Just to clarify things. Bama Bo was no where near Mrs. Experts car.
G

Thread Starter
Doesn't someone here live close to The Experts? :roll: Maybe it was this guy.

Ivory Club
I hate going against you Randy, but there are a few picks here I don't agree with.

I like USC over Oregon St. in that game as well.

The Arkansas game has me scratching my head...but my gut tells me it's Auburn as well.

I don't think Mizzou can be stopped by OU.
I 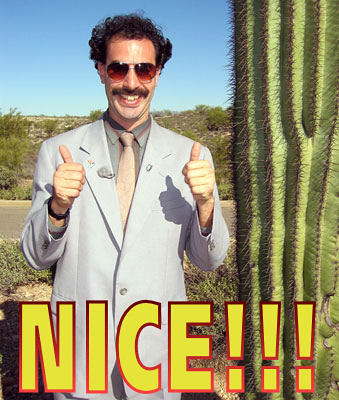 | FTBL After big wins in Utah, #Alabama Soccer has cracked the top-25

| FTBL For those who are fretting with the after effects of Shulaitis, how does UT stop a Bama lead offense with Bryce?
2 3 4